Poltorak called the most expensive sector of reforming the Ukrainian army 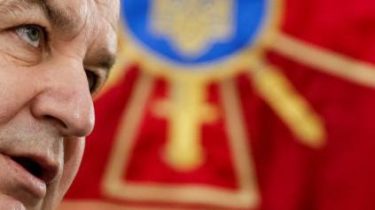 Reform of the security sector is costly, however, and is critical for the state. This was stressed by Minister of defence of Ukraine Stepan Poltorak.

At the same time, he explained that in the framework of the reform troops the greatest costs requires upgrading. “If the reform of the military administration, the reform of the training system, selection system, management systems, even the reform of the logistics system, it is possible to spend due to the relatively small financial resources, the re-equipment of all the troops on the new models requires a lot of time”, – declared the head of the defense Ministry.

According to him, it is not only about the purchase of new equipment abroad, but also setting up production. “Here is an example in one direction — anti-drugs. The military-industrial complex of Ukraine we’ve worked very well and gave the finished product — advanced anti-missile systems “Stugna”, “Le Corsaire”, which meet all existing standards. We have a tank threat from Donetsk and Lugansk, because this is the territory of the Russian Federation has more than 700 tanks, so to adequately respond to the threat we provided this year, the priority of the modernization of weapons and military equipment. There are four strategic areas in which we work and which are defined in the state defense order for this year. All of our strategic directions are focused on the strategic threats”, – said Poltorak.

According to General, the military-industrial complex significantly increased the level of efficiency. “If, for example, today took the BTR-4E, which took place more than 100 modifications during the upgrade and testing on the frontline, in my opinion, for today it is one of the best in the world in its class. The same work is carried out by anti-tank weapons and unmanned aerial vehicles, stations, electronic warfare, technical intelligence, air defense is a critical need to ensure the defense and protection of our state”, – said the Minister of defence.