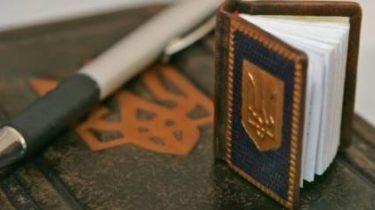 Intention to become a member of the EU and NATO to fix in the basic law of the state. This was stated by Chairman of the constitutional court of Ukraine Stanislav Shevchuk in an interview with Radio Liberty.

According to the judge, the initiative of the President of Petro Poroshenko is fair. “Yes, I support this, it is very important. This will make the path of our European changes, transformations, irreversible,” – said Shevchuk. In his opinion, it will be an additional reminder to the parliamentarians of the subsequent convocations about where Ukraine should follow. “Policy change with the authorities, and parliaments change, but the Constitution should be stable and protected from permanent changes. When the new Parliament comes, members should remember what we do and what we’ll do everything so that Ukraine has become closer to Europe and became part of the European and possibly the Euro-Atlantic structures”, – explained the judge.

Ukraine, Moldova and Georgia will sign a Declaration on security and the prospects of European integration

Earlier Poroshenko during a press conference said that he is considering to prescribe in the Constitution the aspirations of Ukraine to join the EU and NATO. “In my team we are now discussing the proposal to “anchor” in the Constitution of European and Euro-Atlantic integration. Both ideas, as evidenced by public opinion polls, are consolidating widespread support in society. At the same time, when I raise my head anti-European political forces that seek revenge, in my opinion, the amendments to the Basic law could insure against any eventuality,” he said. According to him, the desire for membership in the European Union and NATO, could be recorded in the preamble to the Constitution, which is sufficient to support two-thirds of the constitutional composition of the Verkhovna Rada.