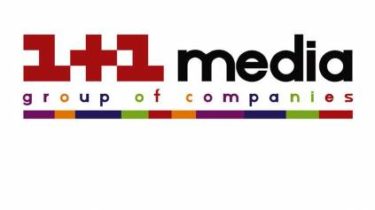 The group “1+1 media” first among national media groups have signed an agreement to supply satellite TV-receivers that need to receive encoded satellite signal.

Thus, the group prepares for scheduled for autumn this year encode the satellite signal of the Ukrainian TV channels, which is inherent to all developed European markets. The purpose of introducing coding is a commitment to media groups by clearly defining and limiting the territory covered by satellites to protect the rights of content creators from unlicensed broadcasting and piracy.

Equipment suppliers of steel, Ukraine’s largest importers and manufacturers of satellite receiving equipment − the company “Romsat” and “strong”. Compliance with the signed agreements, settopbox (TV set-top box) will be supplied in the amount required to meet the demand of subscribers of a satellite reception. In the summer the equipment will appear in retail chains of Ukraine.

“With the support of the regulator, along with other media groups and together with the importers, we develop a detailed plan of preparing for the introduction of coding. The main objectives of the plan early and widespread notification of public about planned changes, the market is saturated with a sufficient number of devices to decode satellite signal and creating conditions for easy connection and reception of the encoded signal. The signing of the agreement for the supply of such settopboxes is an important step in the preparation phase, confirming the commitment to encode the satellite signal already this autumn,” − says Yaroslav Pacholczyk, Executive Director and development Director of pay-TV “1+1 media”.

Encoding the satellite signal channels will be implemented using a coding system Verimatrix, which provides a high level protection signal, which makes impossible the use of technology cardsharing and other methods of illegal usage of the content.

“The end user we will offer a modern solution with the best ratio of price and quality. Already carried out extensive work and a number of trilateral meetings, the Customer-the importer-manufacturer. Team “1+1 media” outlined requirements for settopboxes − compatible with the coding system Verimatrix, quality and reasonable price. Our specialists have offered the best option, based on the ALi chipset (ALi Corporation). Manufacture of tuners will take the company Skardin. Implementation will be through our strategic partners − National online retailer of appliances and electronics, as well as an extensive dealer network throughout the country. This will allow to timely and fully meet the future demand”, − shared his plans Vodolazsky Maksim, development Director of “Romsat”.

“When designing our receivers took into account the experience of creation of similar products in Europe and Asia − so users will get the tuners of the European sample. The receivers created by the parent company of Skyworth, which ranks third in the world in terms of production tuners. Our tuners got friendly with a simple interface, so even inexperienced users will be easy to tune and find your favorite TV shows. This tuner is created in accordance with the General requirements of clients, on the basis of the ALI chipset that is compatible with the coding system and Verimatrix support for two years. We plan to cover the entire country through a network of retailers, dealers and online shopping, I hope that this project will attract not only the attention of existing users of satellite TV, but the new” − said Alexander Borisov, commercial Director of “strong Ukraine”.

Feature of satellite receivers is that they will work in the modes of FTA and DTH. In FTA mode will be television viewing as in a normal satellite box, and in the DTH viewers will be able to view encrypted channels.

The group has also been noted that encoding does not affect the information and national security in the country. Information broadcasting and public television, there are dozens of Ukrainian channels, the binding function of which is to inform the public to remain unencrypted for the viewer.