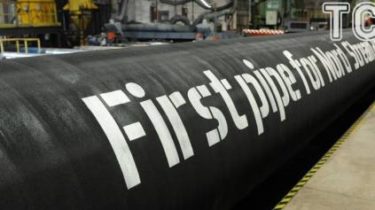 The German government allowed Russia to build a gas pipeline in their waters.

The Federal office of shipping and hydrography of Germany issued a permit for the construction and operation of the pipeline “Nord stream-2” in the exclusive economic zone in the Baltic sea.

“BSH has issued 27 March message about the permission of building of the pipeline “Nord stream – 2″ in the exclusive economic zone in the Baltic sea”, – the document says.

As noted, the Agency sees no obstacles to meet the request for the laying of the pipeline on the seabed on a segment with a length of 31 km.

“Procedures for obtaining permits in the other four countries along the route of the gas pipeline – Russia, Finland, Sweden and Denmark are on schedule. 2 Nord Stream expects to receive the remaining permits in the next months before the start of construction of 2018,” added the company.

Recall that the Nord Stream 2, the founder and the sole shareholder of which is Gazprom, intends to start construction of the pipeline in 2018, and complete it before the end of 2019. The length of the pipeline throughput to 55 billion cubic meters of gas per year should be 1220 kilometres, it will connect the Russian Ust-Luga and German Greifswald, bypassing Ukraine.