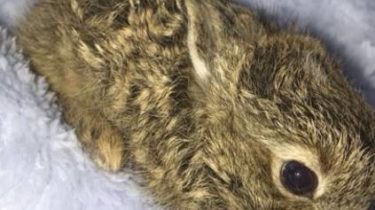 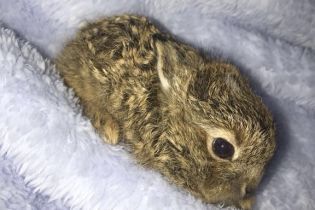 Once the weather improves, Emma would be released at will.

In Dublin airport on the tarmac during a snowfall service dog noticed the freezing of the buck.

Hareport News: the rescued baby hare is getting some TLC with our colleague who found it & his family. He’s a she, they’ve called her Emma & will release her back into the wild when she’s back to full health. Thanks so much to @mccaheyleahhxo for the picture. #HareEmma pic.twitter.com/rHi5ZL3eU4

The dog took him, brought into a warm room and fed. Hare named Emma in honour of the storm that is raging in the British Isles.

Hareport News: In response to the many queries we’ve received, ‘hare Emma continues to thrive. Specialist advice has been received on her care & she’s gaining weight. She’s blissfully unaware of her global fame. #HareEmma pic.twitter.com/448dwU9q9J

Ivano-Frankivsk region is the Mare saved the drunken master

Once the weather improves,, Emma would be released at will. While watching Emma found her dog Lou.

Hareport update: rescued’hare Emma safe, warm and well this morning with Lou, one half of the K9 team who found her. #HareEmma pic.twitter.com/yBq1irvX8B