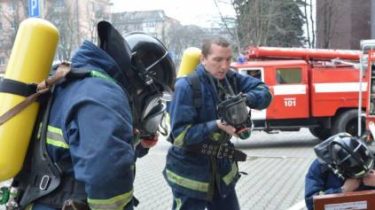 Will also review in all places of mass stay of people.

The mayor of Kiev Vitali Klitschko instructed to examine the fire safety systems in the shopping malls, complexes and other places of mass stay of people after the tragedy in the Russian Kemerovo.

This was stated by the Deputy Chairman of the KCSA Petr Panteleyev, reports a press-service.

Trapped in a fire in a shopping centre, “Winter cherry” in the city of Kemerovo were hundreds of people, most of them children. This fire was named one of the most ambitious in Russia for the last hundred years. Social networks are broken. Russian, Ukrainian, English – people Express condolences to the families of the victims. Tragedy in Kemerovo has made the Ukrainians more time to think about the safety in recreational areas. Together with the technical Director of one of the capital’s shopping centers are going to look for evacuation plans and check fire exits. 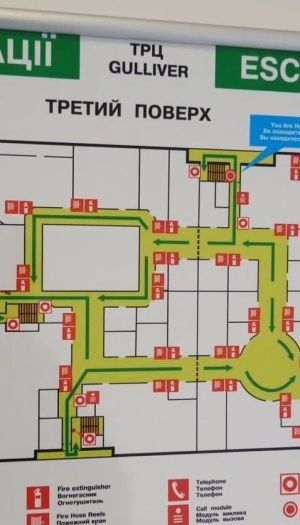 “We are shocked by the tragedy that occurred in Kemerovo. The fire brought a large number of victims, took the lives of people, many of whom were children. In this regard, the mayor instructed to check for compliance with fire safety standards all shopping malls and other places of mass stay of people”, – he stressed.

According to Panteleyev, the order applies to all spheres of life in the city, because compliance with the requirements of technogenic and fire safety is a necessary condition for the activities of each Agency and each organization.

“With the request to urgently organize a joint inspection, the city government appealed to the State service of Ukraine for emergency situations. I draw the attention of the owners of the shopping establishments and other institutions of mass stay of people on the need to streamline and to ensure reliable operation of systems of fire safety”, – said the Deputy Chairman of the KSCA.

We will remind, on March 25 in the center of the Russian city of Kemerovo lit shopping and entertainment center “Winter cherry”. Vice-Governor of the region Vladimir Chernov said that the fire broke out in a children’s trampoline room, where someone from the children brought a lighter. The building fell, two of the three screens – they fell from the fourth to the third floor. Investigators found serious violations of: the fire exits were blocked, and an employee of a private security company after receiving a signal about a fire has disabled the notification system. According to the latest official data, killing 64 people.

At the same time local residents formed an initiative group, which made up the lists of those killed in the fire. Lists, listed 64 names of the victims, including 41 minors.