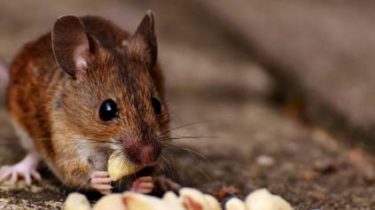 It is noted that one such bottle contained at least seven rodents.

At least 3.2 million polyukovich, shrews and mice die when they crawl into discarded bottles and cans and are unable to crawl out.

Volunteers who during the study tested hundreds of bottles and cans, found the remains of dozens of tiny animals. A desperate rodent, seeking refuge, were trapped and died of starvation. It is noted that one such bottle contained at least seven rodents.

Researchers have noted that small mammals are an integral part of the food chain, eating insects and plants, and provide food for large animals and rare birds, such as owls.

The 18-month study was conducted under the guidance of volunteer RSPB Graham Moates, which helped the charity Keep Britain Tidy.

Moates was shocked at what I found on a roadside area near South Norfolk. With 2144 bottles and cans was found 230 dead animals – one for every ten containers. Of these, 118 were common shrews, and 59 – voles. So, Moates estimated that annually kills about 3.2 million animals throughout the country.

“Before you begin your research, I could not think that their can be so many,” said the volunteer.

“I expected that the fill level will be about 1%, but it was more than 5 times. It is very difficult to think about how many little creatures die due to human negligence”, – he said.

Videoindia found a mouse head among the pods of beans, bought in a hypermarket in Lviv

Before the rodent has managed twice to eat the beans. The administration of the store before the woman apologized and returned the money. The lawyer explains – in addition to refund for the purchased goods, the seller can require the claim to pay for treatment if the product is damage health. The researchers note that next month new rules will be introduced that will encourage motorists to be mindful of garbage.

Now the fines can be issued to the registered owner of the vehicle, regardless of who dumped the trash. And charity Keep Britain Tidy has introduced a campaign aimed at motorists, which encourages them to think before dumping the garbage from their cars.

TV presenter and Ambassador of Keep Britain Tidy Chris Packham said that those who care about the wild nature of the country, must now act, adding: “We have all seen the impact plastic bottles have on our marine environment over the past months. Now, through this study, we know that it kills millions of small mammals that are a vital food source for our birds of prey”.

Hundreds of wounds and severed fingers. In France, the paralyzed girl at home attacked by rats

“We spend millions annually to clean up after selfish drivers who seem to think that it is accepted to throw your trash out of cars, turning our roads into a giant soulless desert. In recent months we have seen the impact of this debris on our oceans, and, closer to home, we know that the RSPCA has to deal with the call of the death or injury of the animal every two hours “, she said.

We will remind, earlier it was reported that the Pacific garbage patch was three times the size of France and growing exponentially. The area of the so-called great Pacific garbage spot has risen to 1.5 million square kilometers, and the mass – to 79 thousand tons, which is significantly higher than previous estimates.