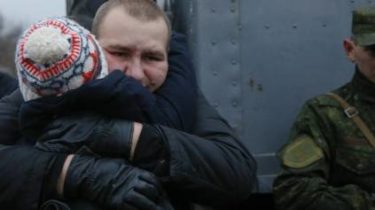 Gerashchenko said that he had met with Ukrainian President Petro Poroshenko to discuss issues about the release of the hostages.

The trilateral contact group on settling the situation in Donbas wants to discuss the release of hostages on 4 April.

This was announced by first Deputy Chairman of the Verkhovna Rada, Ukraine’s representative to the subgroup on humanitarian issues TAG Irina Gerashchenko in Facebook.

Today was the meeting with the President, discussed the issues of hostages and political prisoners. We also talked about some human things…

“We are committed to the next wave of liberation took place as quickly as possible, and we will talk about this in a humanitarian sub-group in Minsk on 4 April,” she said.