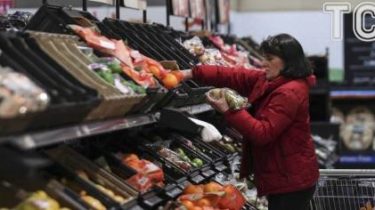 Their debt amounted to more than 685 million.

April 6 auctionin which to sell the rights of requirements of companies of the holding, managing well-known in Ukraine and Moldova supermarkets.

About it reports a press-service of Fund of guaranteeing deposits of individuals.

The auction will be held in the ProZorro.Sales on the Dutch model. It will put the right requirements five companies on loans, the debt which reached 685,26 million.

Claims under the six loans will be put up in one lot. Thus, in one pool combined assets of the three banks – PJSC “Bank Forum”, PJSC “Bank Kyivska Rus” and JSC “Delta Bank”. Before the asset was put up for individual auction from 9 to 13 times.

In the DGF note that none of the borrowers or five legal entities – is not in the process of termination. Now they are active in economic activities and are part of holding company, managing well known grocery chains in Ukraine and Moldova.

Controlled by the former shareholder of the bankrupt “VAB Bank”, the company took credits for more than UAH 2 billion

As noted, automatically and incrementally, the price could drop to 137,05 million.

We will remind, public service and public procurement ProZorro auctioned two metal monument to Lenindemolished in the framework of de-communization. Subsequently, in Mariupol called this selling mistake and rolled the lot from the auction.