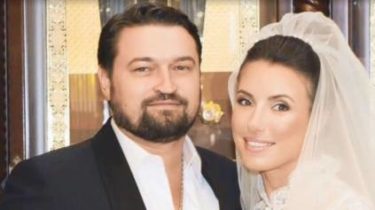 The former President admitted that now for my son.

The eldest son of the third President of Ukraine Andrey Yushchenko married a second time. My new daughter-in-law Viktor Yushchenko himself called the “kozacki”, says the story TSN.19:30.

The ex-President with the elder daughter of Vitalino, granddaughter Andriano and wife Catherine of journalists met at the concert of Vakhtang Kikabidze. Newlyweds at the event was not.

Yushchenko exclusive to TSN shared a photo from the wedding, which was played in November last year. A new member of the presidential family from Zaporozhye and her maiden name Bezugly. TSN has learned that she’s 34, two years older than her husband, has her own charitable Foundation. 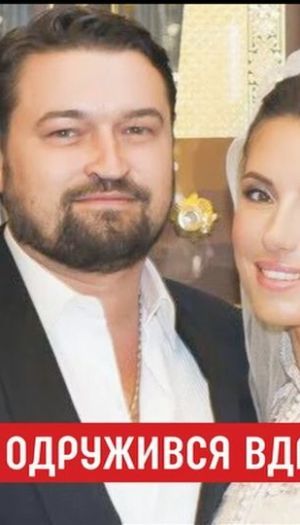 Yushchenko exclusive to TSN shared a photo from the wedding, which was celebrated in November last year. A new member of the presidential family from Zaporozhye, her maiden name was Bezugly. TSN has learned that Elena 34 years old, so she’s two years older than her husband. A woman has her own charitable Foundation engaged in the restaurant business three years ago even wanted to become a politician and ran for the deputies of the city Council.

Dreadful repetition: the wife of Yushchenko compared the poisoning of her husband with the attack on Skripal

Yushchenko Jr. Elena met her 14 years ago, before his first marriage to Lisa Efrosinina, which lasted only three years. After the divorce, Andrew almost never appeared in public, grew a beard and father for him pretty worried. Now a senior Yushchenko admits that the new wife’s son a good influence, and he has changed a lot. “Andrew, all is well, thank God, he has a family. Already my heart is calm. A good wife. Our daughter, our beautiful, sweet, smart hardworking as an ant. That require to shave beard, can not do it for me. I just meet say: son, put that away, man. And daughter-in-law wants daughter-in-law wants. Helen – kozachka in Zaporozhye. Father, unfortunately, no, but my mom is. They have an ancient history she was, and then a break. And then again found each other,” said senior, said. “Forever,” added his wife Catherine.