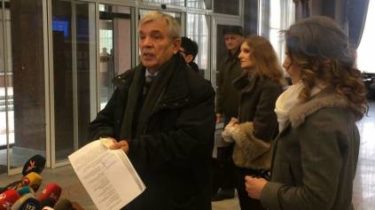 The contract with the defendant officially terminated.

Lawyer Victor Chevguz recused himself in the case of non-immunity of a Deputy of Hope Savchenko. This lawyer reported on his page in Facebook.

“The rejection. I have to ask, but…” – this article, counsel commented on the statement, which is posted on the page.

From the statement it follows that Savchenko and Chevguz already officially terminated the contract on providing legal assistance. The application was forwarded to the SBU and the lawyer waits for the decision.

Just before Chevguz commented on the matter and stated that it is preparing materials to rebut the suspicion. About the motives of his withdrawal, the lawyer said. 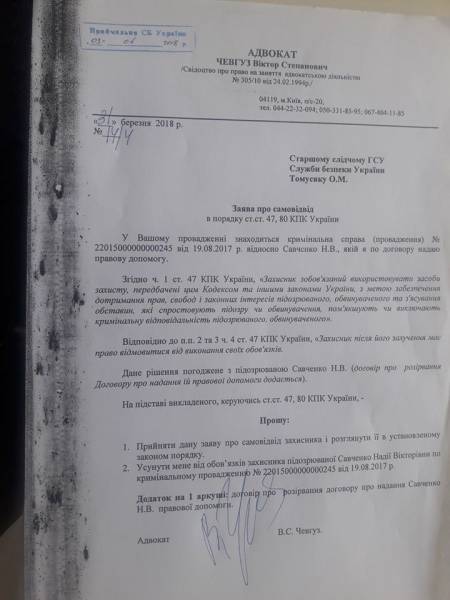 Videogenerator explores the relationship Savchenko and Ruban with Medvedchuk

Savchenko handcuffed, and until may 20, it will remain in the Remand prison of the SBU. In the “Ruban-Savchenko” may be other interesting facts. After all, the Prosecutor General’s office decided to investigate their relationship with Viktor Medvedchuk. It is possible that the brain center of the entire operation could be the party “Ukrainian choice”. 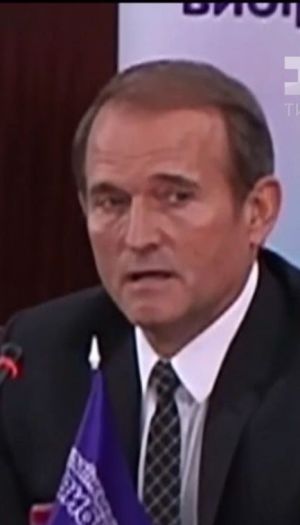