In Kiev, a group of young people beat producer of the TV channel and attacked with a knife on a security guard supermarket 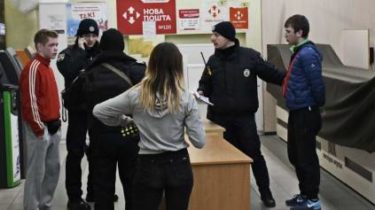 In Kiev, a group of young people beat producer of the TV channel and attacked with a knife on a security guard supermarket

They had been detained.

On the night of April 4 in Kiev the group of young people have committed two crimes in Kiev: first they beat and robbed the producer of the TV channel “Ukraine”, and then trying to steal goods from the supermarket “Great Kyshenya” attacked the security guard with a knife.

The attack occurred on the street gnat Yura, reports Informant.

Boys and girls who tried to make an unpaid item from the store, was arrested at the supermarket. They attacked the security guard with a knife.

The victim, who works as a producer on the TV channel “Ukraine”,around 00:30 I walked home from the store. At this moment at the bus stop “Universam” he was attacked by a group of unknown people and without talking began to beat him. They took away his mobile phone and money then fled in an unknown direction.

The man returned to the editorial office of the TV channel, which is located nearby, where he was called the doctor and the police. He suffered multiple injuries, namely: closed cherepno-a brain trauma, concussion, laceration of the upper lip and chest trauma. 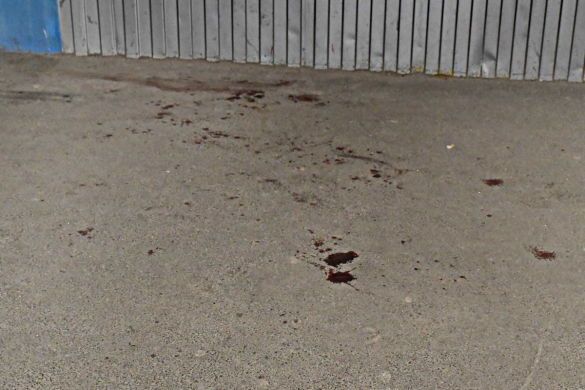 kiev.informator.ua
The signs of a fight

Around 01:00 in the supermarket ran a group of young people and tried to get the goods, namely, alcoholic beverages are not designed for them. It saw the guards and they stopped. One of them pulled out a knife from his pocket and tried to hit them guard. Edged weapons were able to punt, the fight started.

During the conflict were broken bottles, which cut the face of one of the robbers. He needed medical help. However, after some time he got out of the ambulance.

Earlier it was reported about the attacks of a group of minors in hlevakha. The victim suffered multiple injuries.