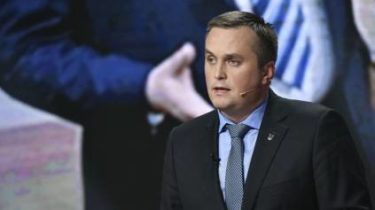 The basis for the commencement of proceedings against him was the information received that he allegedly impedes the investigation in Odessa.

It is noted that the investigation of 10 productions on high-profile corruption crimes were under threat. In the NABOO have listed some things: the offer of unlawful benefit by acting Minister of health, damage to the budget of Odessa for 185 million UAH, illegal enrichment of officials of NAPCA, the organization of the people’s Deputy of the criminal scheme, with the acquisition of budget funds through abuse of position, substantial violations of law in granting a stabilization loan to one Bank.

We will remind, recently it became known that Nazar Gorodnitskogo listened. In his office in the aquarium were found the equipment. Listening did the investigators of the GPU and NABOO.