In the Donbas were wounded Ukrainian military. A day in the area ATO 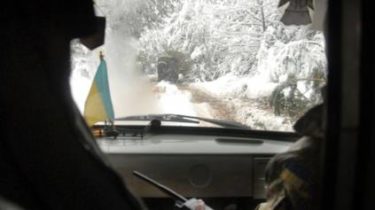 In the Donbas were wounded Ukrainian military. A day in the area ATO

Terrorists fired at the strengthening of the Heater, Talakivka and Water.

Militants sorrily 42 of the shelling of the AFU positions over the past day.

In particular, on Donetsk the direction from mortars, heavy machine guns and small arms fighters fired at the strengthening of the Heater, Talakivka and Water. Rocket-propelled grenades and small arms used in the area of the Town and the Mine Butovka, heavy machine guns – close to Food, anti-missile system in the area of Talakivka, near Shirokino, Pavlopol and Glorious – were sniper fire. Also under fire from small arms were strengthening around Nice, Pavlopol, Krasnogorovka, Shirokino, Hnutove and Food.

On Lugansk the direction from mortars of 82 mm calibre, grenade launchers and heavy kulametov fired at Ukrainian strongholds under Lugansk. Also from grenade launchers, heavy machine guns and small arms fire, the military in the area Crimson.

As a result of enemy fire, one Ukrainian soldier was injured.

Earlier it was reported that the militants tried to carry out a terrorist attack near the demarcation line in the Donbas with the help of a drone, loaded with explosives.