New Parking rules and the evacuation of auto: who, what and how will be fine and take the car 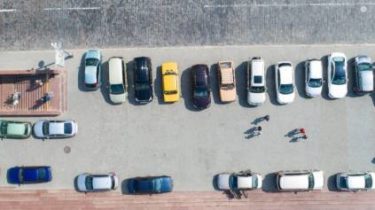 New Parking rules and the evacuation of auto: who, what and how will be fine and take the car

The new law will take effect in six months.

The new penalties, “chain letters” and statisfactory with Parking from September to control themselves will have a Ukrainian drivers, because to argue whether you have a ticket, be none. The decision on the violation on the windshield. Or email with a photo of the violation. And please, pay. All this provides a new law signed by the President.

Thousands of offenders a day. And only a small proportion of drivers could be punished.

Now the most common offence that is not just fine, but evacuating a car Parking in the handicapped spot. Although there are a paid Parking – 20 UAH per hour. And the minimum fine for Parking in the places intended for the disabled – 1020 UAH.

“Even if the police prepares this incident, the driver can just walk away, can send the police and they are not authorized to detain him. There are drivers who just throw the car as we saw the driver “Toyotas”, and go on business, says: “You write a resolution, draws penalties, do whatever you want”. It is connected with the mentality of impunity, it will change for a long time,” says the activist, founder of the portal dtp.kuiv.ua Vlad Antonov.

Videots.Week researched how to change the process of evacuation of cars in 2018

First, the penalties will be able to write without the presence of the driver. To do this, implement a photo-video fixing of violations. And a copy of the Decision will leave on the windshield of the car. Second, letters will be coming to owners of the machine. Third – introduction of inspectors who will be eligible and attract drivers-violators to justice, and also temporarily detained the vehicle. 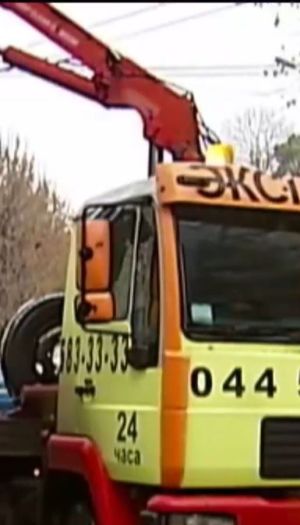 The situation will try to solve with the new law that the President signed in late March, but he begins to act after only six months, in September.

First, the penalties will be able to write without the presence of the driver. To do this, introduce the photo – and video fixing violations. And a copy of the decision will leave on the windshield of the car.

Second, the “letters of happiness” will be coming, and that’s important to the owners of the car. To take care of peaceful sleep will be contacting the service centers of the Ministry of internal Affairs with the statement that the proper user is another person. In the register of owners of vehicles of the interior Ministry will create a separate field “proper user”. All owners and drivers are advised to provide their mobile numbers and email addresses to receive messages about violations in the same service centers of the Ministry of interior. If the car is on avtonomera, the charges will attract someone who has imported cars into the territory of Ukraine.

And third, the most interesting – tow.

“This is the introduction of such inspectors that belong to the expertise of the inspectors in the Parking lot, which are actually representatives of local authorities. They will have certain powers to it that are introduced by this act and shall have the right and draw drivers-violators to justice, and also to temporarily detain the vehicle”, – said the first Deputy head of patrol police Department of the national police of Ukraine Oleksiy Beloshitskiy.

Now the evacuation is possible in case if the car is “significantly impedes traffic.” The decision on “significant” or “insignificant” it takes a COP. The new law says 17 specific cases of evacuation: the machine is placed on the roadway in two or more rows; located in prohibited “Rules of the road” places of a stop or Parking: bridges, overpasses; its location a car is blocking the movement of other vehicles, or creates an obstacle for pedestrians; block passage through two or more traffic lanes, is on a dedicated lane for public transport; Bicycle lanes; obstructing the work of municipal transport – snowplows and the like.

“In accordance with the law and also the message sent in this case, the driver-the violator, or there is a whole section which is dedicated to the responsible persons, as the owner of the vehicle, if it is impossible to identify who had administered,” explains Beloshitskiy.

Tariffs for evacuation approved by three ministries: Ministry of internal Affairs, Ministry of economic development and Ministry of Finance. In the document – no reference to the possibility of changing the rate or boost inflation. Cars up to two tonnes – 600 UAH + VAT – so 720 UAH. Storage per day – 120 UAH + VAT – UAH 144 is obtained.

Meanwhile in the payment now indicate the amount that is almost two times higher than that recorded by the state.

“Citizens who for temporary storage of the vehicle at the impound lot, pay a certain amount directly to the departmental order for execution of decree of the government + VAT, which is not listed here – is the final price. If they require a higher price, which calculates from other digits than are defined in Regulation, + VAT, this is a reason to write a complaint and we will understand”, – said the speaker of the Ministry of internal Affairs of Ukraine Artem Shevchenko.

However, the benefit from the composing of autoritatii in cities is obvious. Especially if there are clear rules and actions of mayors who use the fines to create a comfortable life for drivers and pedestrians.

For details, see the story of Irina Kurylo.