In Nikolaev on April 12 are going to be the Volunteers 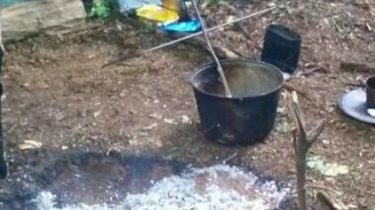 In Nikolaev on April 12 are going to be the Volunteers

As stated on page in Facebook of the Union, the conference for the fourth time going to honor the memory of fallen fellow Heroes of the ATO and discuss current achievements, future plans and current problems.

“Veterans who are now returning from the ATO, returning with a very keen sense of justice, with hope for change and belief that all that happened here was not in vain”, – is reported on the page.

Combatants and veterans of the ATO are outraged that de jure we have veteran ATO – a hero, a defender and a patriot, but the reality is quite different. Welcome home in many a new battle paper battle with the bureaucrats for the “GUARANTEED” government guarantees of social protection”.

The organizers of the Conference say that the government, personified by numerous officials-bureaucrats, not too hurry to give the veterans a well-deserved social benefits.

“It is particularly difficult given preferential allocation of land to participants ATO, provide housing for the families of fallen soldiers. Ukrainian medicine can not cope with free dentures and free medicines on prescription and health resort vouchers for the Volunteers. The answer is always – no money. Another very important problem is the lack of work in the regions and a lack of opportunities for self-realization”, – stated in the message of Association.