Omeljan made by the Cabinet of dismissal of the head “Ukrtransstroi” 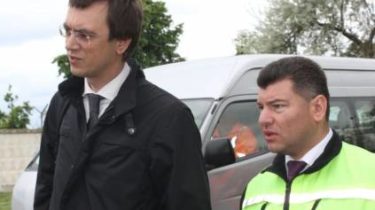 Omeljan made by the Cabinet of dismissal of the head “Ukrtransstroi”

The Chapter was called to assist in the investigation and to stop pressure on subordinates.

The Cabinet of Ministers of Ukraine has dismissed the head of “Ukrtransagent” Michael Nonaka, endorsing the proposal of the Minister of infrastructure Volodymyr Omelyan.

This was announced by Deputy Minister Yuriy Lavrenyuk in Facebook.

According to him, in respect of Nonaka has already appointed an internal investigation. Lavrenyuk convinced that all the facts viyavlennya anti-corruption check of the IMU, will carefully examine and investigate. The Deputy assured that the Ministry will continue to promote the objective investigation of extortion and abuse of leadership.

In Vinnytsia oblast caught on a bribe officials “of Ukrtransagent”

Lavrenyuk also called Michael Nonaka to assist in the investigation and to stop pressure on their subordinates, which provide documents, evidence and certificates evidence of abuse in “Ukrtransstroi”.

We will remind, Omeljan requested the Cabinet of Ministers to dismiss the head of “Ukrtransstroi”. The Minister said the facts of the abuse of Nonaka in the post.