In Kiev, the developer was accused of evading payment of more than 8.7 million hryvnias of taxes 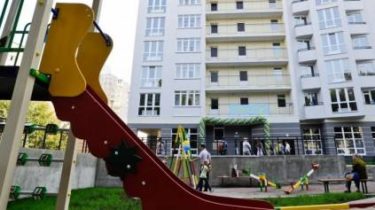 In Kiev, the developer was accused of evading payment of more than 8.7 million hryvnias of taxes

On more than a dozen flats seized for reparations.

In Kiev the Director of a construction company accused of non-payment of over 8.7 million hryvnias of taxes.

As has established a consequence, one of the capital enterprises has sold the apartment building, but the construction company has not filed a tax return and did not declare their tax liability, resulting in the state budget have not been paid taxes in the amount of over 8.7 million.

Currently the Director of the enterprise reported about suspicion in evasion from payment of taxes, to it threatens from 5 till 10 years of imprisonment.

Besides, at the request of the Prosecutor’s office was the arrest of the 12 apartments in the building, to compensate the damage.

We will remind, in the beginning of the year the Cabinet of Ministers dismissed the head of the State fiscal service Nasirov. He is suspected of abuse of office and embezzlement of public funds in the amount of over UAH 2 bn. The consequence considers that Nasirov, acting in the interests of the Deputy Onishchenko, the “gas business” were arbitrarily granted a number of enterprises the possibility of tax liabilities in installments.