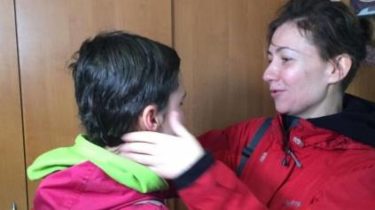 The girls stunned with the recognition that the end point of the journey was to be Yabluniv village, Ivano-Frankivsk oblast.

Two Kiev girls, ran away from home April 10, helped to find a member of the audience of TSN. Yesterday, she watched the story, and today noticed the girls on the track, says the story TSN.19:30.

The woman offered to bring up the girls but they refused. So she called the police and followed the girls, waiting for law enforcement officers.

Two girls that went to independent travel to Ukraine, without informing parents found. The girls admitted that over the two days overcame walk dozens of miles. There were woods, small villages that no one has seen them, would sometimes sit in cars to earn food. 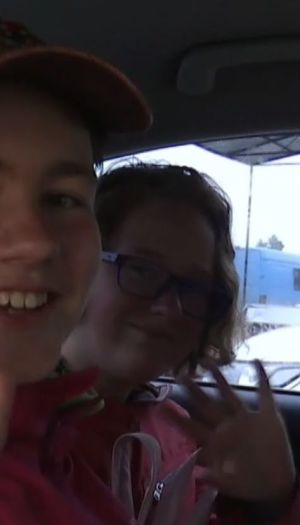 One of the girls, Diana, during the trip, managed to trim his hair. Said he had long dreamed of a short haircut. And a Barber her in the woods was the girlfriend.

One night, told the girls they slept on the Boryspil station. I’ve been making money on the road, asked the villagers to work in the garden, and the like.

Also, the girls stunned with the recognition that the end point of the journey was to be Yabluniv village, Ivano-Frankivsk oblast. They say they wanted to bypass the whole country.