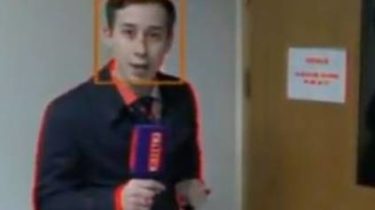 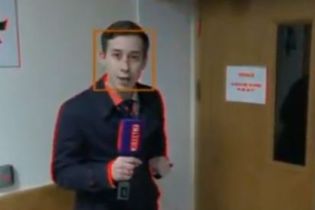 They were stopped by the sign on the door that says “Caution. Slippery floor.”

Reporter of the Russian TV channel REN-TV has sneaked into the hospital in Salisbury, which is a former Russian spy Sergei Skripal.

In the video, which appeared on the TV channel, the journalist stands near the door to the office and says that entry inside is prohibited. About it, according to the reporter, says on the piece of paper that hangs on the door.

“Don’t go, stay away,” – he excitedly translates the inscription, and adds: “Apparently, this is the only protection from hazardous substances, which in England is called a “Newbie”.

But then the camera zooms on a piece of paper, which actually says: “Caution. Slippery floor.”

Videopussy reporter said that in the hospital to get Kripalu trespassing

A reporter for one of the channels, like, snuck into the London hospital, which is Sergei Skripal, to take from it exclusive interview. The author stands at the door to the office and says that entry inside is prohibited. About it, according to the reporter, says on the piece of paper that hangs on the door. “Don’t go, stay away,” – he excitedly translates the inscription. But then the camera zooms on a piece of paper, which actually says: “Caution. Slippery floor.” 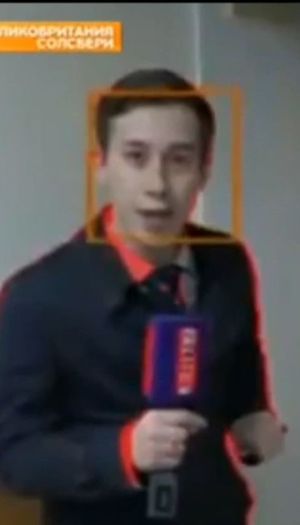 Then the journalists were detained by police and forced to leave the hospital, removing all that they did. But on TV said that they were able to recover the “technical copy” is recorded.

When the “unfortunate mistake” from Russian journalists about the boards about the “wet floor” notice in the media, viewers and Internet users, the channel rewired the video by removing frames with a sign on the door. But the video remained in social networks.

The correspondent HORSERADISH TV gave a sign “Wet floor” for “do Not enter, stay away”.

Stay away from your TV, the Russians. pic.twitter.com/ol7WI1UKMi

We will remind, on March 5 it became known that in the UK former Russian spy Sergei Skripal was in the hospital after serious poisoning by an unknown substance. The Telegraph has learned that Skripal had previously applied to police with the statement that he feared for his life. The wife of former FSB officer Alexander Litvinenko told the newspaper that the situation with Skripal “very similar to what happened to her husband.” As you know, he died in 2006 as a result of poisoning with polonium.

14 March, Prime Minister Theresa may announced the expulsion of 23 diplomats of the Russian Federation and the cancellation of the visit of Russian foreign Minister Sergey Lavrov to the country from-for poisonings in Salisbury, the former Russian spy Sergei Skripal. In response , Russia has declared persona non grata 23 British diplomats.

March 26 after Britain a number of countries have announced the expulsion of Russian diplomats. Among them, and Ukraine.

Niece Russian ex-spy Sergei Skripal Victoria believes that the secret services are not involved in the poisoning of her relatives. In her opinion, it was a household poisoning.