Militants have used in the ATO area to heavy artillery fire, Ukrainian military got wounds 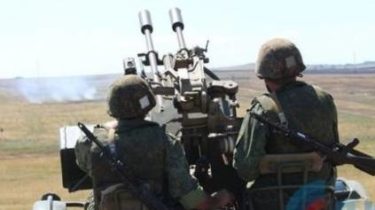 Militants have used in the ATO area to heavy artillery fire, Ukrainian military got wounds

On Saturday, April 14, the militants of illegal armed groups 28 times fired at positions Armed forces of Ukraine in zone anti-terrorist operation on Donbass. The result is combat wounded Ukrainian military. He was taken to the hospital and gave the necessary medical assistance.

Videohostinge in the area of ATO: militants from tanks, mortars and infantry fighting vehicles fired at the village of Sands

The militants particularly intensified near the Donetsk airport. Without having completely destroyed the village of Sands shot an enemy tank. Even the military showed reporters the footage as an enemy tank drives onto the slag heap on the outskirts of Donetsk and begins to shoot the village. It is supported by the mortars and cannon of the IFV. 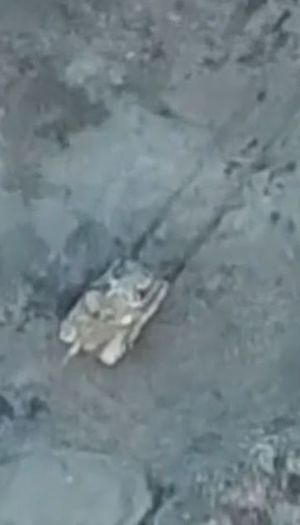 Unrest was near Avdeevka. The militants used grenade launchers and anti-aircraft guns. Under fire from small arms was hit Ukrainian strongholds in the area of Shirokino, Novomikhailovka, Heaters and Pavlopol, and near the Water, the Mine Butovka and Talakovki fire led a militant sniper.

Minsk agreements prohibited weapons the fighters used and on the Lugansk direction. Here from 120 mm mortars separatists fired at military positions in the Russian Federation in Lugansk. From 82-mm mortars fired at the occupants of Luhansk, and heavy machine guns – on the Holy Trinity.

We will remind, for last day April 13 is the aggressor 43 times made attacks of positions of Ukrainian Armed Forces. As a result of enemy shelling, one Ukrainian soldier was injured. Quickly dobravlje to the hospital and provided medical treatment.