In Kiev the drunk staged a car accident, trying to steal a luxury car 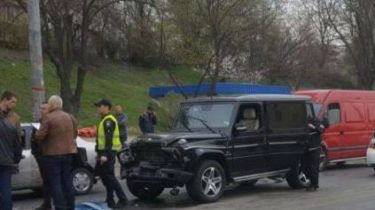 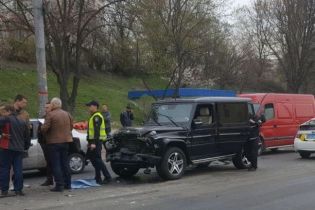 In Kiev the drunk staged a car accident, trying to steal a luxury car

Accident in the Podolsk district of Kiev © Roman Sinitsin

Information on casualties yet.

In the Podolsk district of the capital drunk car wash worker stole a Mercedes G-Class, however, has not coped with management and has arranged road accident.

This was reported by the volunteer Roman Sinitsyn.

“The accident happened in the Podolsk district at the intersection of Mostecko and Uzhviy. The drunk employee of the car wash my car wash Mercedes G-Class and while driving lost control. At the traffic lights where the car stopped, the drunk thief rammed a Mercedes Sprinter, which, in turn, crashed into a Daewoo Lanos”, – he wrote in Facebook.

He added that the would-be attacker tried to escape from the scene, but he must stop to move on alcohol. The militiamen who arrived at the scene, found him under a tree. They had the expertise in place. In the blood of the wash-alcohol level exceeded the permissible ten times – 2 ppm.

We will remind, in Kiev on Sunday, April 15, in the morning at the hem faced cars Mercedes and Daewoo Lanos.