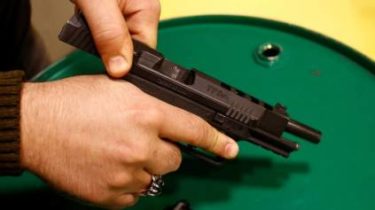 Both tragedies happened in one day.

On Saturday, April 14 in Kiev tried to shoot the SBU, and in the Kyiv region was himself a former law enforcement.

This is with reference to sources in law enforcement bodies, writes “Interfax-Ukraine”.

“On April 14 in Obolon district of the capital, a man tried to commit suicide by shooting himself with a pistol. He was taken to the hospital, opened criminal proceedings on the fact of attempt of suicide”, – told in a Central Board of police.

According to the source, we are talking about a member of the officer of the SBU, the suicide attempt is not connected with his official duties.

Separately, the police said that the man is in serious condition.

As noted, on the same day at Kiev, Kiev Svyatoshinsky district shot himself unemployed, ex-employee of the police and the security service of premium gun, opened criminal proceedings on the fact of suicide.

According to preliminary data, suicide is not associated with the former work in law enforcement.

We will remind, in the night of Monday, April 16, in Kiev during the fight, the man threw the people under the feet of the grenade. One of the participants of the fight was seriously injured.