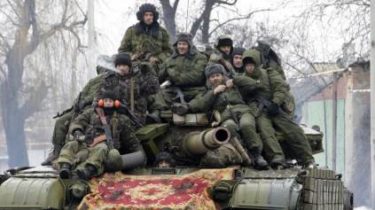 The equipment was to participate in the parade of terrorists on 9 may.

The terrorists of illegal armed formations “LPR” in the Donbas spread fake news about the shelling of the Ukrainian military ceremonial equipment of terrorists.

The material of the terrorists, published in one of the resources of the militants, “PERSONS”, stated that ATO forces night allegedly deliberately fired at military equipment, which was prepared for the parade on Victory Day may 9.

According to the militants, the Ukrainian artillery allegedly struck the district of Lugansk, where the preparation of the parade. The attack had damaged Soviet T-34 tank, as well as four pieces of equipment that belonged to the so-called “people’s militia”.

However, in the press center of the headquarters of the ATO refute the fake information.

“According to the intelligence headquarters of ATO in the area of concentration of military equipment, which is still a few days ago recorded by the observers of the OSCE SMM, the ignition of the car, from which fire spread to other vehicles. It is assumed that one of the cars was loaded with munitions, which detonated in the fire”, – stated in the message.

Insider information on military, intelligence fighters did not record the movement of units of the Ukrainian artillery at specified positions. Not seen changes in the deployment of the OSCE observers.

One Ukrainian soldier was killed by enemy shelling, three soldiers were injured. Two heavy already was taken by helicopter to the Dnieper river, one was operated on in a military hospital near the front lines. Occupants pulled up to the front line artillery. 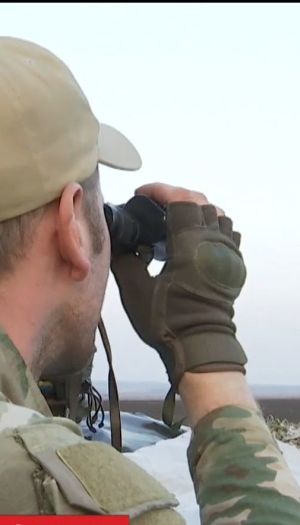 Recall that the Ukrainian military in the Donbass after the provocations of the militants on the arc Svetlodarsk destroyed the old position under the name “the Boil” and two terrorists.