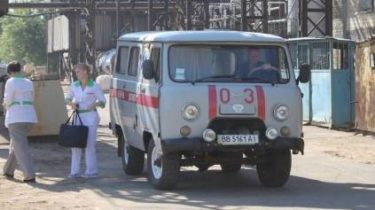 One of the injured is in serious condition.

In the Donetsk region under fire were employees of the Donetsk filtering station, five of them were wounded.

About it reported in a press-service of the municipal enterprise “Water of Donbass”.

“Today, at 15.40 came under fire on a bus that was carrying replacement personnel to the Donetsk filtering station. Five employees were injured, one of them is in serious condition”, – is spoken in the message.

At the same time, exactly who opened fire has not yet been specified.

According to him, the wounded are in hospital in the city Yasinovataya, they do help.

“Now decide how to take night shift, which is now at a filtration plant, but most of all, they till the morning will be there,” – said Evdokimov.

Separately, the head of the company hinted that on April 18 the station will close at all.

Earlier, the militants disrupted the breeding of forces in the village of the Luhansk, firing positions of the Ukrainian military. The terrorists opened fire from heavy machine guns.