NBU successful and as a regulator, and as a donor of the budget – Alyona Degrik 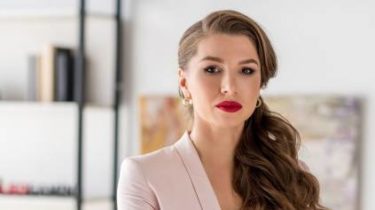 NBU successful and as a regulator, and as a donor of the budget – Alyona Degrik

The fact that the national Bank every year increases the amount of deductions to the state budget testifies to the success of his financial policy.

This opinion was expressed by the founder and CEO of FC “Leogang Pey” (CEO LeoGaming) Alyona Degrik (Alone Degrc).

“At first glance it may seem that the increase is small — “only” 300 million hryvnia in comparison with the previous year. But if you compare with last, we are seeing growing contributions to 6 billion. In addition, you need to take into account the growth of the balance of NBU — it already exceeds $ 1 trillion. UAH. So, the work of the national Bank can and should be called successful,” — said the expert.

Degrik also reminded that the success rate of the national Bank cannot be measured only by the amounts of his payments to the budget.

“First and foremost, the national Bank is the regulator of the financial system. Therefore, we need to look at indicators of commercial banks — were they able to build assets, increase your profit and turnover? As far as I know, the majority of Ukrainian banks according to results of last year has improved its performance. Therefore, we can say that the regulator has created an enabling environment for the financial market”, — said Alyona Degrik.

The NBU Council approved the consolidated financial statements of the regulator on April 13. According to her, the profit of the National Bank in 2017 amounted to 45.9 bln. 44,6 bln. of them will be transferred to the state budget of Ukraine for 2018.