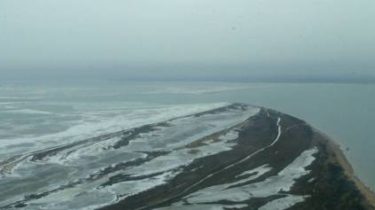 “Council of Ministers” in the occupied Crimea passed to the Russian Federation of the island Tuzla in Kerch Strait.

The decision was taken on Tuesday, April 17, reports “Interfax”.

The occupation administration annexed Crimea gave the Federal government the land on the island with an area of more than 6.5 thousand square meters.

This site will be used for the construction of the Kerch bridge, which Russia wants to join the Krasnodar Krai and the Crimea.

Recall that the length of the future bridge is 19 km away. It is built at the expense of means of the Federal budget of the Russian Federation. The total project cost is around 228 billion rubles (nearly 4 billion dollars). This amount grew steadily from the beginning of construction. One meter of the bridge Kerch on average spent approximately 209 thousand dollars.

Environmentalists say that the construction of the bridge will disrupt the existing ecosystem, in particular, natural water exchange between the Azov and Black seas.