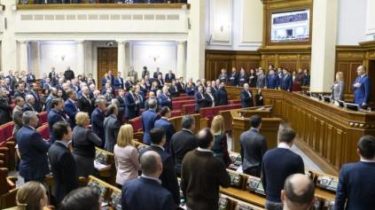 The deputies voted for an appeal to the Ecumenical Patriarch Bartholomew with a request to grant Ukraine the Church’s independence.

The Verkhovna Rada of Ukraine supported the appeal to the Ecumenical Patriarch Bartholomew, which has received the assent of the bishops of the UOC Kyiv Patriarchate and the Ukrainian Autocephalous Orthodox Church. Meanwhile, the Kremlin has already said about a new schism, a Pro-Russian Parliament has criticized the initiative of the President of Petro Poroshenko, says the story TSN.19:30.

The trail on the shores of the Bosphorus to the residence of the Ecumenical Patriarch of Ukrainian politics was paved more than a decade, and the Patriarch Bartholomew also visited Kiev, but cherished the independence for the Ukrainian Orthodox Church, his hands still have not received. However, from one head of state morning session of the Verkhovna Rada it was possible to conclude that the case is close to the solution like never before – so happy President in its surroundings not seen from the day of receipt bizwise. Poroshenko personally came to ask MPs to support an appeal, although such a document, the Verkhovna Rada already voted a few years ago. “For us, for me, as President, you, as members, to stand aside would be to maintain the status quo favorable to Moscow. And I’ve been warned – sorry, I quote myself: “We will not remain indifferent to observe the interference of another state in Church Affairs…” This Tomos will strengthen our independence. It removes the vestiges of that political project, which is called “Russian world” idea, by the way, the hierarchs of the ROC. Then later this threat for Ukraine political heresy picked up the secular power of the Russian Federation”, – stressed in his speech, the Ukrainian leader.

The deputies supported the appeal to the Ecumenical Patriarch Bartholomew with a request to grant Ukraine the opportunity. Earlier, the President has enlisted support from the leaders of the Church-Kyiv Patriarchate and the Autocephalous Orthodox. The Church of the Moscow Patriarchate, his signature is not given. 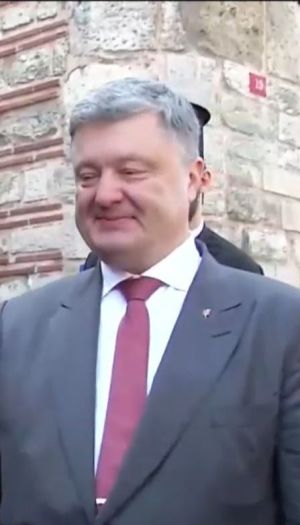 Resolution on autocephaly from the Ecumenical Patriarchate received Georgia, Bulgaria and Serbia, and Ukraine remained on the sidelines through internal contradictions. Ukrainian Church of the Moscow Patriarchate, which is vertical in the Russian Orthodox Church strongly opposes. Loyal MPs from the Opposition bloc took to the parliamentary tribune to Express disagreement. “The state should not interfere in religious matters. All of this must be decided by the leaders of religious institutions and lay people, and politicians should participate in this process only as ordinary members. I will never believe that Metropolitan Onufry can be guided by someone from outside the country because he is a patriot and a man who serves God,” said the head of the faction Yuriy Boyko. And although Poroshenko says that in the case of a single Church any one other is not oppressed, and the parishioners, as before, will choose which temple to go, “the opposition bloc” together with group “Revival” vote against, and even threaten the President of heavenly punishment. “Playing with the Church in his pre – election technologies is playing with fire. He will not know where in the sky it will be to pour hot coal for that,” says the people’s Deputy from “Opposition bloc” Vadim Novinsky.

But the religious scholar and the Deputy from “popular front” Victor yelensky believes that the struggle is not for money but for power and influence, and the decision of the Ecumenical Patriarch in favor of Ukraine would dramatically exacerbate the relations of Constantinople and Moscow. “The Patriarch of Moscow has very clearly said that Kiev is our Jerusalem and our Constantinople, so we can’t lose him. I am very worried, and very apprehensive for the fate of Patriarch Bartholomew. I know how insidious and ambitious are the special services of the Russian Federation, the Russian diplomacy”, – said the MP. Surrounded by the President expect a positive decision of the Ecumenical Patriarch in July, when Ukraine will celebrate the anniversary of the baptism of Rus.