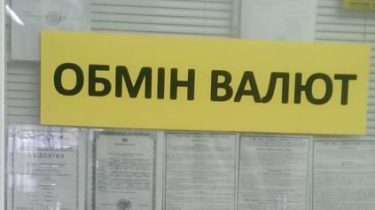 The regulator has tested more than 260 points for currency exchange.

During January-March, the national Bank of Ukraine has tested 264 points currency exchange in Kiev and 12 areas.

“The results identified during the audit deficiencies in the work of structural subdivisions non-Bank financial institutions sent letters to the heads of relevant financial institutions with requirements to provide explanations and to rectify the weaknesses identified. During carrying out of checks of legal currency exchange by authorized employees of the National Bank in the first quarter of the year revealed 11 exchange bureaus, who illegally worked in Kyiv, Zakarpattya, Kharkiv, Lviv and Rivne regions”, – noted in the NBU.

Earlier it was reported that in Kiev had “mobile” fake currency exchanger.