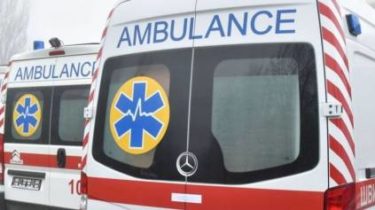 More than two dozen residents of the capital of Sofiyivska borshchagivka has been in the infectious diseases hospital with rotavirus infection. The preliminary cause is called ordinary tap water, which has been launched in a number of residential complexes after the breakthrough of the pipe, according to a story TSN.19:30.

Adults among the sick units, the majority of patients, the babies. Parents bathed their children in water, so it’s only suspicion fell. Children began to bring to the hospital at the end of last week, the main symptoms – fever, nausea, diarrhea. In the infectious diseases Department found out that kids with identical symptoms from the same area too much. Now we are treated 22 persons, children, 19 of them, and they keep coming.

More than two dozen people were in the infectious diseases hospital with rotavirus infection. Of these, only a few adults and the rest children. The preliminary cause is called ordinary tap water, which has been launched in a number of residential complexes after the breakthrough of the pipe. The parents and all infected children were bathed their babies in the water. 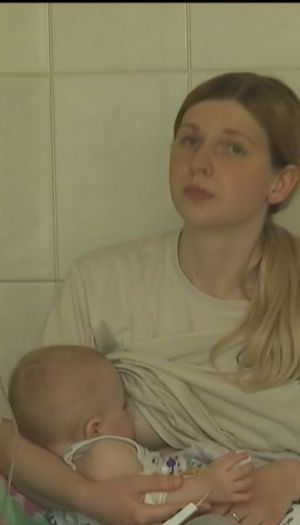 Head of the Department puts all one diagnosis – rotavirus infection. The doctor said that the patients received 20 April in Kyiv-Svyatoshinsky district, but rather in Sofiivska borshchagivka. “All in average condition is closer to satisfactory. Heavy patients have not been,” – says the doctor.

Dozens of children poisoned in a school in Chernivtsi region

The novel says that all the victims – neighbours, the inhabitants of one district, five residential complexes. “Mom was lying nearby, said that could be feces – a breakthrough wastewater disposal. Maybe she hit the water, time is not disinfected, not processed,” he says. People say that drinking take bottled water and the tap, just could get the child into the body while bathing.