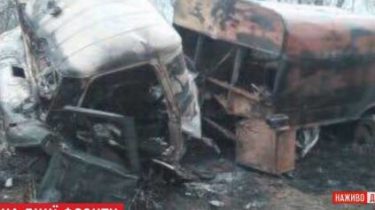 In the Donbass continues to escalate the situation.

Military ascertain the growth in the number and intensity of enemy attacks in the area ATO. On the front near Trinity soldiers admit that they had not seen such activity of the militants, according to a story TSN.19:30.

Trinity recently will not disappear from the list of front-liners. At first glance it may seem that this is a slight exaggeration, but if you just look with the naked eye in a nearby field – the picture emerges eloquent. The ground is littered with craters, and many of them quite fresh. Eyewitnesses say the attack lasted more than two hours – during which time came a few dozen minutes, 82 CALs, and about 15 more powerful, 120-millimeter shells. Not to mention the firing of guns, infantry fighting vehicles, CNG and other types of weapons.

Four dozen attacks at least for a day. Shot across, and on the Ukrainian positions in the area of the Trinity Lugansk militants struck from long-range heavy weapons. The fields around our defensive Midfielders now literally plowed by explosions. 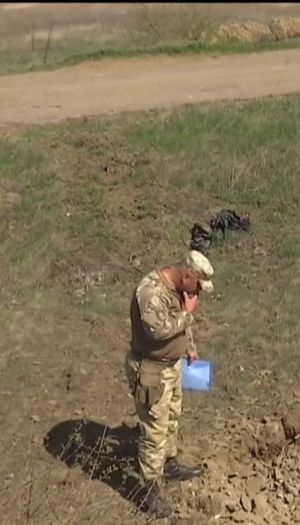 To predict a military attack in the evening, when you hear the movement of enemy equipment. Then the invaders start shooting at the same time from several directions. “To raise his head it was impossible at all! Worked of all calibres,” admits Mat soldier named Victor. “Truce is over”, say local residents.

The military believe that sudden activity and accuracy of the enemy, has a simple explanation – the position of the separatists came to the Russian military. “When you give the command personnel and officers of all. Just shoot,” says the company commander. However, it suggests that ordinary performers can be local. “Russian staff officers in command not the miners. You could say they have the experience,” – said Ukrainian military.

Tanks, infantry fighting vehicles and mortars militants staged a “hell” near the Trinity in the Luhansk region

Ukrainian soldiers keep on the alert, and the brain unload crosswords and thoughts about family. “To breathe freely in your home. Home is the best psychologist for the military,” says the soldier with the Callsign “devil”. For the sake of peace and comfort in their own homes and the soldiers defending the Ukrainian land. And ready to fight only to win.