Presidential ambitions and friends-the oligarchs: Klitschko and Surkis made a Frank recognition at the ball at city hall 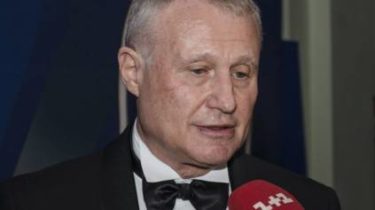 Presidential ambitions and friends-the oligarchs: Klitschko and Surkis made a Frank recognition at the ball at city hall

Between the dancing and champagne at the famous guests found time to talk with reporters.

During the charity Vienna ball, which was held in the column hall of the KSCA, the mayor of Kiev Vitali Klitschko did not exclude the possibility to nominate his candidacy in the next presidential elections. Another participant of the event Hryhoriy Surkis told how I met my wife, says the story TSN.19:30.

“We have a difference of 30 years with my Catherine. She gave me 56 years with our son Vyacheslav. As it is not love,” said the official UEFA. Surkis told about the history of the relationship with her third partner for the life. “I tell you frankly, that I liked it when I was married the second time. And so after a year and a half after I first saw her when we broke up with his second wife, I unexpectedly July 2, 1999 saw her in the restaurant,” he said.

Like waltzes the mayor of Kiev Vitali Klitschko, will campaign for the presidency in 2019, and one of the most influential support him who walks on the yacht Grigoriy Surkis, and how he sailed his young wife. Daria Lucky questioned the most influential at the Vienna charity ball. 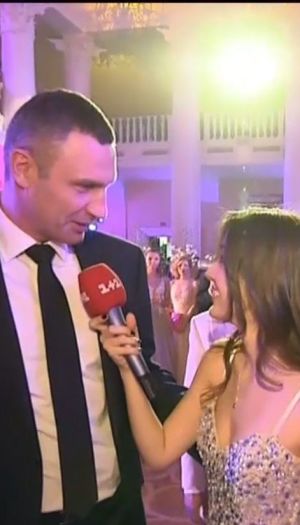 Klitschko, as politician, concerned with other matters, and he agreed to answer one that concerned his participation in the presidential campaign in 2019. “Maybe I will, but haven’t decided yet,” said the mayor. To clarify exactly who can support him in this decision, the mayor replied that he would rely on ordinary people, and not influential friends.

The names of their Surkis called is Ihor Kolomoyskyi, Rinat Akhmetov, Victor Pinchuk and Dmitry Firtash. With them, said a football official, he could afford to sing karaoke, drink wine, vodka or whiskey or play cards on the boat. Surkis has plans to personally congratulate the happy birthday Firtash in Vienna. “I was at a birthday party – the 55th anniversary of Igor Kolomoisky in Geneva, which is a long wait in Kiev, and he, after some period of time will be in Ukraine, and all will be fine, say so,” said the former owner of “Dynamo”. Surkis, Akhmetov connects a joint vacation on the coast in Monaco, and Pinchuk, businessman, generally refers to Grigory and Igor “third brother.”