The Ukrainian Orthodox Church is the “mother” for the Russian – Poroshenko 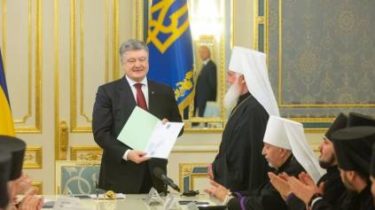 The Ukrainian Orthodox Church is the “mother” for the Russian – Poroshenko

The President called Autocephalous Church one of the key elements of the Ukrainian statehood and independence.

The Ukrainian Orthodox Church is the “mother” for the Russian Church and may not seek independence from “daughter”.

About it on air of TV channel ICTV said the President of Ukraine Petro Poroshenko.

The creation in Ukraine of the local Church from the point of view of the Russians is the most severe violation of rights of the believers be considered to be the only correct denomination. It is an attack on the canonicity of the “Russian world” Putin really appreciate as a sufficient cause for war – not only in Ukraine but all over the world. Loss of position of the Moscow Patriarchate will mean a gradual loss of the Russian Church of the primacy in the Orthodox world. And it is not included in the plans of Vladimir Putin. 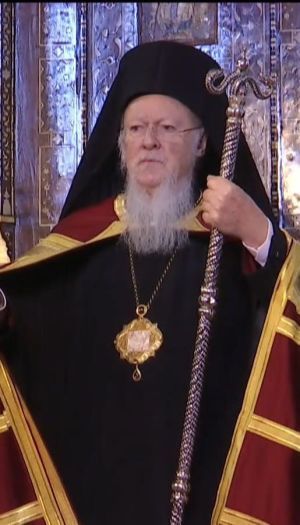 Also Poroshenko called Autocephalous Church one of the key elements of the Ukrainian statehood and independence.

“I want I would also like to note that the Ukrainian Church – the Ukrainian Autocephalous Local Orthodox Church – is a key element of our statehood and our independence. Because the army protects Ukrainian land. It protects a Ukrainian heart. The Church protects the Ukrainian soul”, – said the President. “There are three components that we don’t have anyone to give”.

The Patriarch could not veto the decision of the Bartholomew – Poroshenko

The Ecumenical Patriarchate began the procedures necessary to create a United and independent Ukrainian Orthodox Church. This was announced by the President of Ukraine Petro Poroshenko on his Facebook page. Last week, local Church, independent from Russia, said “Yes” to the Verkhovna Rada. The deputies supported the appeal to the Ecumenical Patriarch Bartholomew with a request to grant Ukraine the opportunity. 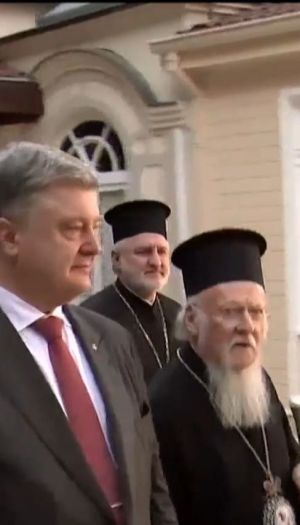 Twitter/administration of the President of Ukraine