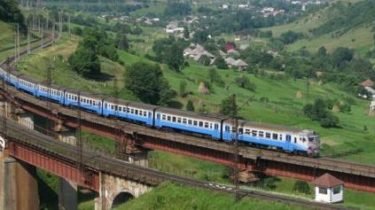 One of the radical methods introduced in the new year and Christmas holidays, when they banned the refund through the electronic system.

Many Ukrainian passengers complain about the lack of sale of tickets for trains. Sometimes they are absent even in the first day of sales, which begins 45 days before the departure. One of the reasons, in addition to the excitement of the passengers, speculative reselling of tickets.

This was in a live program “snidanok z “1+1” said acting Chairman of the Board of “Ukrainian Railways” Evgeny Kravtsov.

“We were able to overcome with this problem before the New year. But we had to deny the refund through the electronic system. This system (the”black” resale of tickets at inflated several times the price), unfortunately, today is largely due to the imperfection of electronic ticket sales. We had to ban a convenient service for passengers in order to compete with speculators,” – said Kravtsov.

He announced the improvement of the system of electronic sale of tickets.

“Now we are working on the issue with the postal and telecommunications, our IT-services in order to alter the electronic sales so that on the one hand it was convenient for passengers, on the other hand, everything worked accordingly so that speculators could not take advantage of such cases”, – said the head of “Ukrzaliznytsya”.

“From our side we react with additional trains so that to provide them for the demand of passengers. In the next few days we plan to launch (the may holidays) three to five additional trains on the most popular destinations,” said Kravtsov.

He also said that the cheapest tickets on the train dismantled immediately. So often of tickets in couchette cars do not exist. This is because the tickets are cheaper than buses. Although stresses, must be the cheapest buses, slightly more expensive trains, most expensive planes. He gave an example with the price of tickets from Kiev to Konstantinovka in the Donetsk region: a bus ticket costs 400-500 UAH, and in second-class carriage – 88 UAH. It is therefore planned to raise fares on the trains that the prices corresponded to the market.

The head of “Ukrzaliznytsya” also told how to improve service on the trains after the cost of travel.