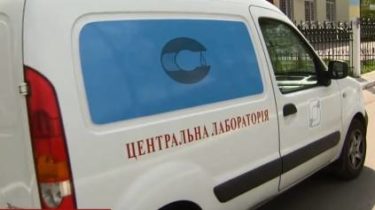 In the infectious diseases hospital two dozen people, most of them are children.

In the capital are exploring the situation around the mass poisoning of inhabitants of Sofiyivska borshchagivka on the outskirts of Kiev. Village head convened a meeting to sort out the scandalous case, says the story TSN.19:30.

During it, when the engineer reported on the water supply schemes and the owners of the pipes has received the preliminary results of water samples taken the day before they found traces of fecal contamination of water, the liquid from which the adults bathed the kids, and they could swallow the water.

These are preliminary research findings. Yesterday in the hospital with an intestinal infection hospitalized 20 people, most of them children. Today, specialists took new water samples to find out whether it is suitable to use. But violations have already discovered, even without the research. 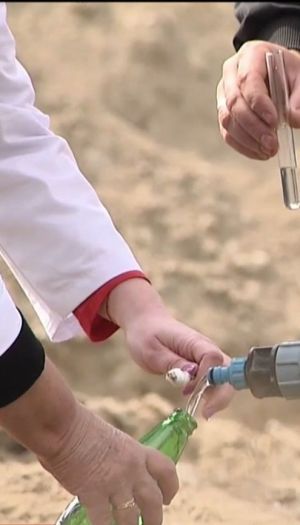 Who supplied the poisoned water in the village – the question that is now puzzling the officials, because the main supplier of water “Kyivvodocanal”, but when the water enters the network of the city of cherry, Sofiivska Borschagivka feeds the local water utility. A few days ago in the Kiev part of the network has been a breakthrough pipe – maybe that was the cause of water contamination. But why, then, affected only one specific area is unclear. Metropolitan public utilities argue that he acted according to the rules and proper disinfection carried out according to all sanitary norms.

The chief engineer of the company, which provides water supply in sofiivs’ka borshchahivka, suggests that contamination could happen in their area. The water tanks that supply the village, are behind a small fence without alarm and other protection systems – they are under the open sky and covered with the usual plastic covers. Disinfection is performed in the usual chlorine concentration which is developing a unknown person. For specialists obvious flagrant violations, therefore, the representatives of Derisorily agree that water pollution could occur here. “It wasn’t meant to be. The first zone must be a zone of strict regime. It generally needs to be closed, isolated, there should not be such as now that anyone can go” – said the expert.

Baths with feces and the stench of the streets: part of Priluki fifth day suffering from breakthrough sanitation

Regulatory authorities have taken several water samples directly from the consumers and where the water of the Kiev network getting into the water supply of the city cherry. After research, if it finds a willful violation, the responsible may face criminal penalties.