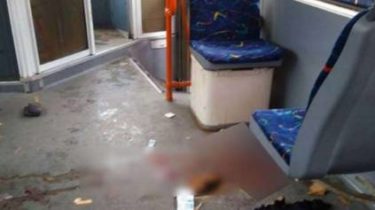 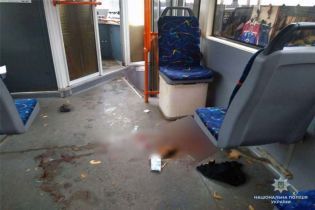 A piece of the brake disc caused the old lady heavy damage.

In the capital were hospitalized 80-year-old woman after the tram under the seat on which she was riding exploded brake disc. Hours of operation the pensioner had to cut out a piece of bone, according to a story TSN.19:30.

Tatiana not hold back her tears – she was going to meet the mother-in-law with the tram at the Darnitsa area, but now waits in the intensive care unit, where the injured have not yet awake after the surgery. “The doctors are saying need to wait. Very severe injury, a compound fracture, the leg had shortened by 4 inches, because some part of the bones remained there,” said the relative. As it happened, saw the sellers of second-hand. They say that from the Terminus of tram has not managed to drive and two dozen meters further on, there was smoke, a loud sound and then the call promptly arrived ambulance. After the woman was taken to the hospital, and the police had finished their work, the tram was taken for examination and possible repair work. Previously it is established that the troubles had done brake disc, which burst, and the metal part struck the floor.

Went for a meeting with daughter-in-law, and was in intensive care. In the capital of the 80-year-old woman was hospitalized after the tram under the seat on which she was riding exploded brake disc. At least these preliminary findings made by the police. After several operations the pensioner had to cut out a piece of bone. 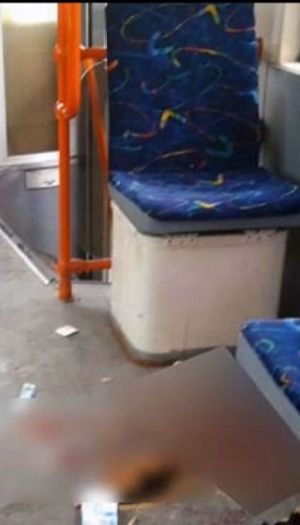 In “Kyivpastrans” what happened, called the accident, and in the technical condition of the tram are sure. “This tram 2012 production. He regularly undergoes inspection two times per day as other vehicles. And today he went the route also absolutely in good condition”, – assured the chief of service on public relations Marina Zagorodsky. However, to put in the depot of journalists carriers are not ready – is explained by the fact that I must pass inspection, which will determine who is to blame, them or the manufacturer of the tram. If you can prove the guilt of the carrier in “Kyivpastrans” promise to help with treatment, if not – say nothing to anybody.

The family of the victim shocked and hopes for help, but to demand whether the compensation, haven’t thought of yet. All efforts by relatives about the treatment. Meanwhile, the trams passing through the funnel from the explosion, and the passengers admit that they are scared, but in a poor state not only trams, but also buses and other transport. People who come into the transport, now try to stay away from over the wheels.