The client lost 6 kg after spitting courier to pizza 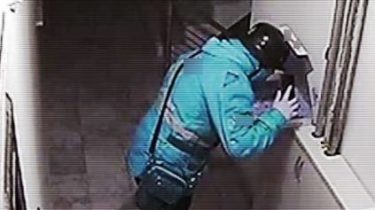 The client lost 6 kg after spitting courier to pizza

The lawyer of the pizzeria suggested that the courier and the customer had agreed to receive compensation from the company.

The incident occurred in the city of eskişehir. Hussein, Akyuz had this dish in one of the city enterprises and was expecting delivery, according to Diken.

However, the vendor stopped in the stairwell, opened the box and spat inside. It hit record of internal surveillance cameras in the building.

Moreover, the courier removed his action on the smartphone.

In stepped the Concierge, who noticed the frequent turning on a light in the stairwell and watched the footage. He found an apartment which was damaged goods, sent a message to the customer pizza.

The man decided to sue the courier.

Hussein, Akyuz used to regularly order food to your home or office, but is now experiencing a paranoid aversion to such products. Through this he lost weight from 82 to 76 kg. the Case received wide publicity in local publications, through the profit pizzerias fell by 20%.

Human rights the company assures that the customer and the courier conspired to blackmail organizations.

The owner of British restaurant is looking for a clientwho was so pleased with the chicken curry that he was ready to marry her.