In the Donbas were injured 11 of the Ukrainian military. Chronicle of the ATO 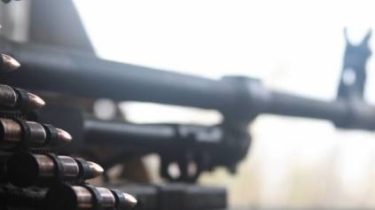 In the Donbas were injured 11 of the Ukrainian military. Chronicle of the ATO

During the day militants have carried out 76 attacks.

For Wednesday, April 25, in the area of ATO in the Donbas the militants 76 times opened fire at positions of the Ukrainian army.

“As a result of enemy fire eight Ukrainian defenders was injured. Three more of our soldiers received a combat injury. Injured soldiers are quickly taken to hospitals and they were given medical help,” reads the summary of the press center of staff ATO.

On Donetsk the direction from 120-mm mortars and grenade launchers fired upon the defenders Verhnetoretskogo, the mine Butovka, Water and Gotovogo. Also, mortars caliber 82 mm grenade launchers of various systems and small arms, the militants opened fire on the defenders of the Town from APCS under Talakovka, Bogdanovka and near the mine Butovka, from rocket-propelled grenades – near the stove, from heavy machine guns near Pavlopol, Gotovogo, Glorious, Krasnogorovka, Nevel, Verhnetoretskogo and Sand, and from small arms – defenders of Shirokino, lebedinskoye, Gotovogo and Food. In addition, in the area of Talakivka and Gotovogo fighters used anti-tank missile system.