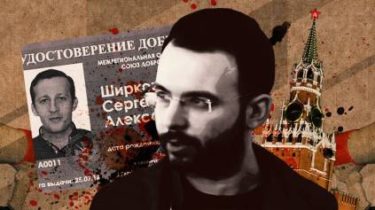 The SBU published the data members of the “Union of volunteers of Donbass”, which was engaged in distribution of Russian propaganda since the war began.

Counterintelligence of security Service of Ukraine provided Dnia materials on the activities of the active members of the criminal organization “Union of volunteers of Donbass”. Information for those leaders who specialized in information operations against Ukraine and the spread of the ideology of the “Russian world”.

Kavtaradze, Sergei Zhukov, Advisor to the Chairman of the “Union” on information policy, the citizen of the Russian Federation, 40 years. Three higher education, knowledge of foreign languages, specialist in the field of PR consulting. Candidate of historical Sciences, author of scientific works Director and screenwriter.

In 2014, Kavtaradze illegally crossed the Ukrainian border and appeared in Donetsk as an Advisor “Prime Minister DNR” Alexander Beard international cooperation and media relations and Deputy of the so-called “security Council “DND”. 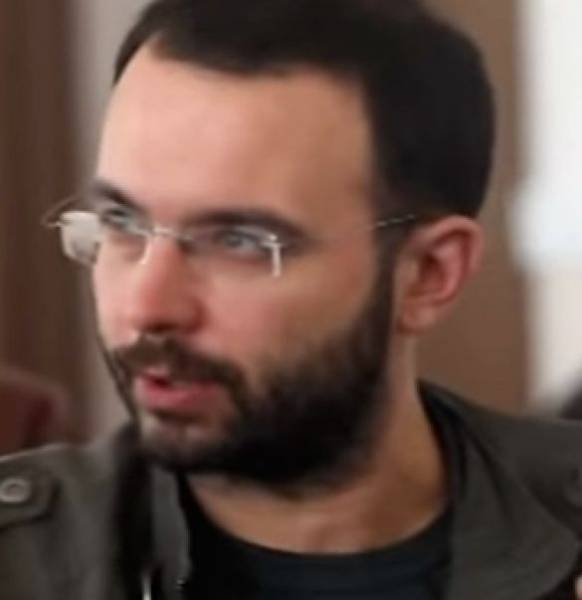 In “DNR” Kavtaradze was responsible for organizing interviews with foreign journalists with the “militia” leaders “DNR”, and also provided information for the media. Tasks received from the administration of the President of Russia. He was the author of stories and reports about “bloody junta”, “shelling of peaceful cities”, “the threat of Nazism”, which appeared on Russian state television and in periodicals. Its activity he called “anti-crisis consulting”.

Kavtaradze carefully prepared interview of leaders of insurgents “DNR”, creating the image of the “humane and fair” Boroday, Zakharchenko, “speaker of national Council of DNR” Purgina and others.

In the Russian media he commented on the Downing of the plane Malaysian airlines in the sky over the Donbas spreading fake that “Boeing was shot down by Ukraine”.

Kavtaradze left the occupied territory in August 2014, along with Boroday after mass call the regular Russian army.

“As before, he remains an adviser to his boss, and the essence of his work is the same,” – said in counterintelligence.

Shirkov Sergey Aleksandrovich, Deputy chief of staff, head of Department of information support of the “Union of volunteers of Donbass”, Deputy chief editor of the information Agency “new Russia”. 36. He lives in Moscow. Shirkov is a retired FSB major, worked in the system from 2004 until 2013. He is one of the organizers of misinformation in the Russian media regarding the events in Ukraine. A lot of people he introduced himself as a correspondent of the Russian TV channel “NTV”. Chirkova main function was coordination of the work of journalists”freelancers” who came to the headquarters of armed groups “DNR” and “LNR”, created a “heroic aura” around terrorists and fabricated false reports of “atrocities of the Ukrainian regime” for the site “new Russia”. For example, mirotochenie icons during the prayers of the militants, “God’s signs” for testing “people of Donbass” in front of “the enemy of the West”, “poisoning” the Ukrainian government water supply systems of Donetsk and the like.

Activists of the so-called “national liberation movement of Donbass” began to cooperate with Shirkov almost immediately after the “revolution of dignity” in March 2014. At the same time, he started work with the advocates of the “Russian world” in Kharkov and Odessa, as well as several priests of the Ukrainian Orthodox Church of the Moscow Patriarchate, which supplied him with subjects for use in informational aggression against Ukraine. Chirkova have appeared special permission from the FSB to free travel on the already occupied territory of Ukraine.

“All this leaves no doubt pre-planned nature of the Russian aggression against Ukraine in 2014. This was clearly reflected in a range of activities that were carried out by the Russian secret services on the eve of the thorough preparation of the soil for separatist demonstrations in Donetsk, Kharkov, Odessa with the assistance of its agents and their more active using the supporters of the “Russian world” and incentives to action of the Pro-Russian population, incitement to hatred in the information space, and more”, – concluded in counterintelligence.