It became known when Sushchenko can announce the verdict 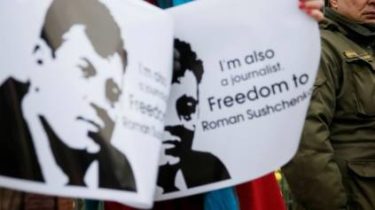 It became known when Sushchenko can announce the verdict

The next hearing in the case Sushchenko will take place only in a month.

The debate on the case of illegally detained in Russia Ukrainian journalist Roman Sushchenko will be held may 28, and because the sentence may be pronounced already in the beginning of June.

“That the next hearing in the case Sushchenko will be held in a month, to a certain extent alarming. But why, no one explains. However, on the other hand, it is necessary to consider the Russian tradition of “long holidays”. This means that the first decade of may generally falls out for no one to go out for a few days may 3-4 will not. Consequently, the debate of the parties on may 28, the final word of the Novel… Thus, sentence may be pronounced already in the beginning of June,” – said Feigin.

Sushchenko was transferred to solitary confinement in Moscow jail