The Ukrainian company will supply trams in Egypt 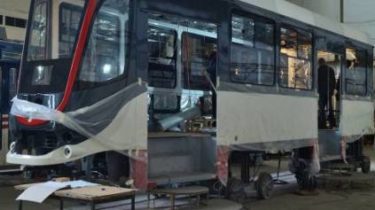 The Ukrainian company will supply trams in Egypt

The body of the tram for Alexandria, Egypt. © Centre for transport strategies

“Tatra-Yug” has won the tender for the supply of 15 trams to the Egyptian city of Alexandria.

About the Center for transport strategies said the company’s Director Anatoly Kerdivara.

“The first delivery of trams in Egypt is planned in early June. In General, we must comply by the end of 2019”, – he said.

“Tatra-Yug” has won the tender for the supply of 15 trams to the Egyptian city of Alexandria in early 2017. Ukrainian company ahead of a consortium of Stadler and Belkommunmash and the Chinese Corporation CRRC.

According to Kerdivara, his company only not long ago started performance of the order, as the Egyptian customer only recently made a payment.

According to customer’s requirement, the Ukrainian high field two-section trams will have a length of 22 meters. This is due to the climatic conditions in Alexandria and technical parameters of the tram system in the city, which is one of the oldest in the world.

It was previously reported that the Zaporozhye plant “Zaporozhelektrotrans” started the production of trams, assembled on our own production base. In 2017 had to be collected by four trams, and in 2018 – five. The cost of one tram is 6 million. As a result, the trams of own production will cost the city at least three times cheaper than purchased from other manufacturers.