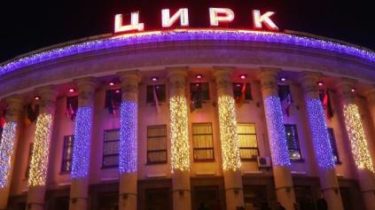 Users of social networks assume that during system startup I forgot to install an anti-virus program.

In Kiev near the circus in the reference touch stands instead of information about the capital appeared pornorolikov.

This was reported on the page “Operational Kiev” in Facebook.