Abuser Nayem flew from Kiev two hours later, after he had his jaw broken by a Deputy 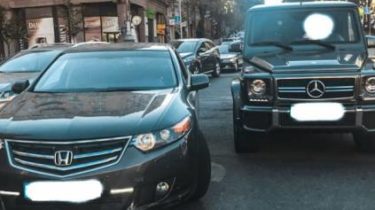 Abuser Nayem flew from Kiev two hours later, after he had his jaw broken by a Deputy

The man crossed the border at the airport and went to Baku.

MP Mustafa Nayem is recovering from dissections in the center of Kiev, which cost him a broken jaw and concussion. Yesterday on the way his car clipped another car, to resolve the conflict words, could not, therefore, in the course went fists, according to a story TSN.19:30.

The three hooligans have been detained, they have already declared suspicion in hooliganism. “Another active member of hooliganism, all of its data is established, the police looking for him. He will be detained and prosecuted,” said the chief of the National police in Kiev Andrey Krishchenko. According to the Nayem, this person has left the territory of Ukraine. Soon it was confirmed by official sources, press Secretary of the Metropolitan Prosecutor’s office Hope maksimets said that the suspect crossed the state border and the flight Kiev-Baku flew to Azerbaijan in two hours after the collision. 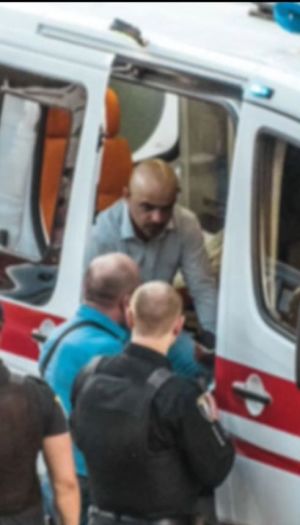 The conflict occurred in the area of Bessarabia, the MP moved to “Honda” and his assailants were driving a “Mercedes”. “They stopped themselves out of the car, threatening and using profanity,” – said the Deputy. He claims that the police were called, and his opponents also called for help – three in the Mercedes was joined by another man in a BMW who broke Deputy’s jaw. “There were several blows, after which I lost orientation. Then he tried to run, I ran after them, threw him on the ground, beaten. Here’s a story,” – said Nayem.

Mustafa with a broken jaw and a concussion took away the coach of an emergency, and the hooligans were detained by the police and found out that two of them are citizens of the Russian Federation. Almost all night they were interrogated in the police station. “Three people who were taken to the district office, was detained as article 208 and are now in temporary detention,” – said Krishchenko.