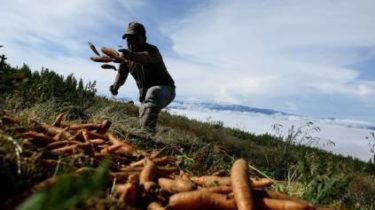 The highest percentage of illegal workers in agriculture.

Two billion people in the world (more than 60% of the population) are working informally. Most of them don’t have normal working conditions and social guarantees.

This is stated in the report of the International labour organization (ILO), transfer “news of the UN.”

The study included data from more than 100 countries.

The highest percentage of people working informally in developing countries, is 93%. In Africa, informal work almost 86% of workers in the Asia-Pacific region and in the Arab States the figure is about 68%, and in North and South America – 40%, and in Europe and Central Asia – 25%.

Among the sectors the highest percentage of officially unregistered workers in agriculture – more than 90%. In other spheres of activity in the “informal economy” accounts for half of the jobs. People living in rural areas, the probability of being employed informally in the two times higher than that of urban residents.

Men get a job informally on 5% more often than women. However, the rights of women working in the informal, more prejudice.

The level of education is a key factor influencing informal employment: the higher it is in society, the lower the figures on the number of jobs in the “informal economy”. People who received higher or vocational education, at least at risk of being on the informal labor market compared to those who did not receive education or has only primary school.

At the same time, poverty is recognized as both a cause and consequence of informal employment.