ATO veterans celebrated the feast of workers, patching up a broken shell house in the Donbass 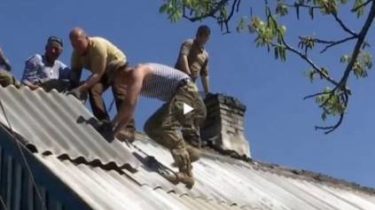 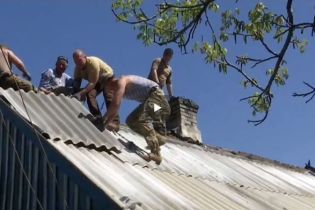 ATO veterans celebrated the feast of workers, patching up a broken shell house in the Donbass

Men gathered to help with the renovation of an old.

ATO veterans during the holidays helping seniors, a home that barely survived the strong attacks, the roof was repaired.

These guys are back together, but now not in combat positions. Although the first of may they are traditionally far from their homes.

Starenkim, assisted by Volunteers, there is no place to ask for help. Their house a year ago almost collapsed when it came under fire.

Broken slate, broken rafters – beams can be translated except for firewood. Now old live in ol’hivka – the village 20 kilometres away from the old house. But the fire got to it. The volunteers, who once defended the native land, decided to help people. Bought the materials, and as snow on the head, came to him during the may holidays.

Videomaterialy ATO helped to repair the house of pensioners, and survivors during the shelling

ATO veterans celebrated the feast of workers at the border of the Ukrainian Donbass and the “gray zone”. During holidays, the students helped the seniors in a home that barely survived the strong attacks – the roof was repaired and re-blocked the attic. 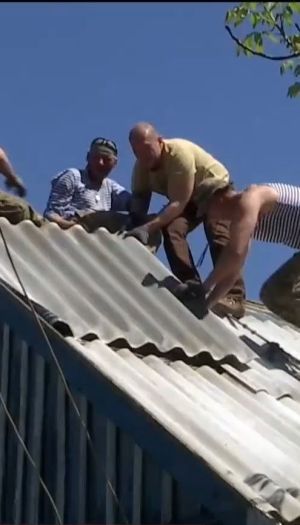 “We decided the may holidays to good use. With the maximum efficiency. There is free time and it turns out that we are not only machines can hold in their hands,” says Chairman of the Ukrainian Union of veterans of the ATO Ilya Kiva.

To cover a leaky roof began at dawn. The guys admit that they even missed the work. Late in the afternoon the house was built like new. The boys promise to help people further. Donbass they will not leave. Too baked onto the soul.