At Gorlovka the Ukrainian military ambushed militants, have died on both sides 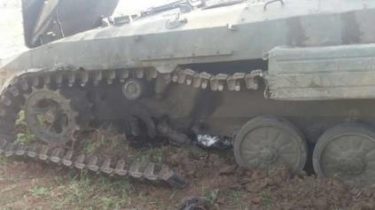 At Gorlovka the Ukrainian military ambushed militants, have died on both sides

Sunday, may 6, under Gorlovka Donetsk region the group of the Ukrainian military during a patrol of the area defense was ambushed by the militants.

This reports the press center of the headquarters Operations of joint forces.

On the route patrol worked the unknown explosive device, resulting in one soldier killed and two others were injured.

At the scene arrived a standby team from the nearest reference point, on which opened fire diversionno-prospecting group of fighters. The two sides began a short fire collision, after which the Ukrainian military began to pursue the enemy. While chasing three militants were killed.