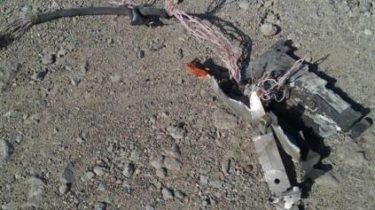 The military claimed that the first encounter with this type of weapon.

The militants fired on peaceful people crowded checkpoint “Hnutove” under Mariupol from guided anti-tank missiles, one of which fell near the vehicle. Second arrival, the journalists saw with your own eyes, says the story TSN.19:30.

According to the head of the military commandant Sartan Stanislav Kuroda, at the time of the attack on KPVV were about a hundred people and four dozen vehicles. Taxi driver Victor shocked that one of the missiles in the air touched a power line and fell just a meter from the hood. “There was a strong explosion. The first moment I did not understand – the impression that under the hood of the car exploded,” said he.

Checkpoint to the ground was full of peaceful people. The missile fell near the car and only a miracle no one was killed. The second came 40 minutes later and the group of TSN saw it with my own eyes. The guards in time to protect people in shelters and shut down the checkpoint. And all this – in the eyes of the OSCE. The police qualified the attack under terrorist attack. 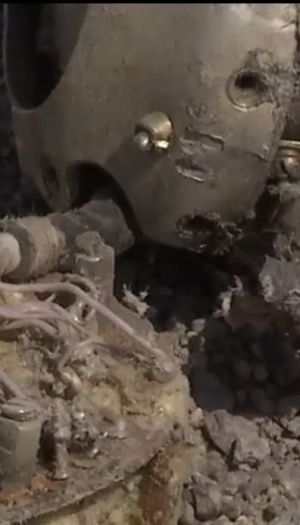 Despite the shelling at the entrance to the closed point already formed a queue of cars and buses. Local residents heard the tears, but they were not scared. The arguments of the military and their orders to return back the took seriously only when with a powerful whoosh and a loud explosion with controlled “DND” territory came a second rocket fell directly on a platform for inspection of the car. “People were moved to safe areas, the personnel were in a safe place. The second volley – the rocket hit the PPC itself, but the people there were not” – said Karod.

These events occurred right in front of OSCE observers, who first fled, but after an hour of the explosions came back and started investigating the crater and caused destruction. Military balances of missiles makes the assumption that the militants used in new Russian armaments. Meanwhile, the guards in armoured vehicles took out hidden in safe bunkers KPVV civil peace on the territory. As it turned out, just in time, because it soon became clear that the land is left unbroken part of the munition. The container was covered with bags and blew up. The checkpoint “Hnutove” sealed and closed until further notice.