Half of the goats and the tears from the stench: the “hoarder” did dump in a high-rise building and disappeared 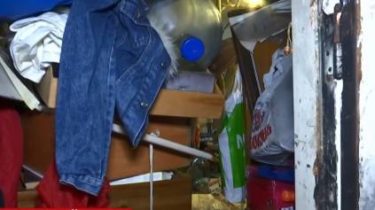 Half of the goats and the tears from the stench: the “hoarder” did dump in a high-rise building and disappeared

Neighbors, police and utility workers powerless in this situation.

Residents of one of Kiev houses a few years fighting with a man who pulls home trash. A month ago, “Plyushkin” mysteriously disappeared, leaving the house and turned on the light, the neighbors called the cops and public utilities, but to get neither service, says the story TSN.19:30.

The owner of the apartment seen from the street: her balcony is full of rubbish. Inhabitants of an entrance people argue that it’s worse than that – there is, among other things, brought by the owner of the stuff lying even half goat with horns and a piece of cadaver dogs. “Please make it impossible. He’s not responding. There are mice live, I run up the mouse,” says one of the neighbors. People repeatedly complained to the housing office and the police, but the only result of these hits were cut aggressive “Plyushkin” door neighbors.

TSN has repeatedly talked about the so-called “plucking”, but the hero of this story a month ago mysteriously disappeared, leaving an open house and turned on the light. The apartment is now hosted homeless. The neighbors called the cops and public utilities, but to go back inside, neither of the services. 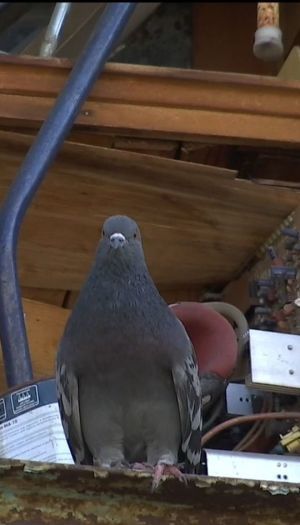 After the man disappeared, the inhabitants of an entrance have worried more, because the apartment in which you are constantly burning light, and wide open it lording tramp. From the threshold it is seen that internal partition walls are destroyed, wires hanging on the water pipes, and the neighbors tell that somewhere under the rags there is a gas cylinder. The stench in the stairwell so that our eyes involuntarily tears. The worse is the woman who lives on the floor above. Nina is already seven years out of the house, so worries not only through smell, but also the safety of his life. “Fear is how I fall cigarette. Will burn,” she says.

The police cross a threshold without of the employee housing Department refuses. Waiting for the utility district, which does not even comes to the entrance – explains that without a court order in the apartment, someone can’t come in. The head of district police in Obolon district argues that the complaint of the residents was considered, but to go inside the court decides only in case of emergency. So law enforcement officers can comfort with promises to find the missing man and to persuade him to clean up the apartment a dump.