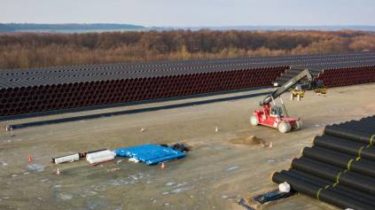 The official will also participate in the preparation of the meeting of Merkel and Putin.

The Minister of economy of Germany Peter Altmaier plans to make a visit to Russia and Ukraine, reports the news Agency dpa on Monday, may 7, citing a source in government circles of Germany.

According to them, the trip is scheduled for may 13 and 14.

It is expected that Altmaier will be discussing with their Russian and Ukrainian colleagues the issues of energy and economic policy. In particular, the main topics of the negotiations should be the future of the project of the pipeline “Nord stream-2” and Ukraine as a transit country for deliveries of Russian natural gas to Europe, noted the two sides dpa.

An important theme of the visit of Altmayer in Moscow should become the German-Russian economic relations. It is also reported that the head of the German Ministry of Economics plans to participate in the preparation of the meeting of German Chancellor Angela Merkel and Russian President Vladimir Putin, to be held may 18 in Sochi.