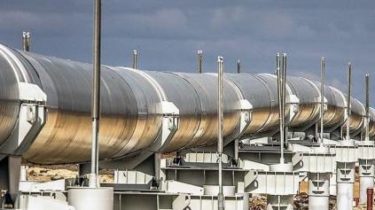 Customers complain about the quality of the oil.

European buyers complain about the quality of Russian oil, which is obtained from “Transneft” – say, in the composition excessive in sulfur. So I reduced the volume of purchases.

This applies to consumers who receive oil by pipeline “Druzhba” transit through Ukraine. For the first four months of this year, Hungary has reduced the purchase at 18% (280 thousand tons), Slovakia 8% (130 thousand tons). Another branch of “Friendship” leads from Russia via Belarus to Poland, Germany, Lithuania and Latvia. There is a General reduction of 1.4%. About it told the official representative of Transneft company Igor Demin, reports TASS.

In particular, in Hungary complain that is 1.5% of the sulfur content of the oil, there is 1.75%. Therefore, reduced order.

Earlier the Vice-President “Transneft” Sergey Andronov reported that in 2018 the sulfur content of the oil flowing through the Druzhba, will amount to 1.8%. The norm of 1.75%. Another Vice-President Igor Katsal said that this year “Transneft” will receive 5 billion on “maintaining the quality” of the oil going for export. About it writes RBC.

In “Transneft” also announced that they plan to increase the volume of oil, which transportyou to Europe through Ukraine. For example, in Hungary last year put 500 thousand tons of oil, and this year plans to 1 million tons.

Meanwhile, Brent oil prices rose to the highest figure for the last three and a half years.